CLOSE
Back To News Listing

How to address wedding invitations? 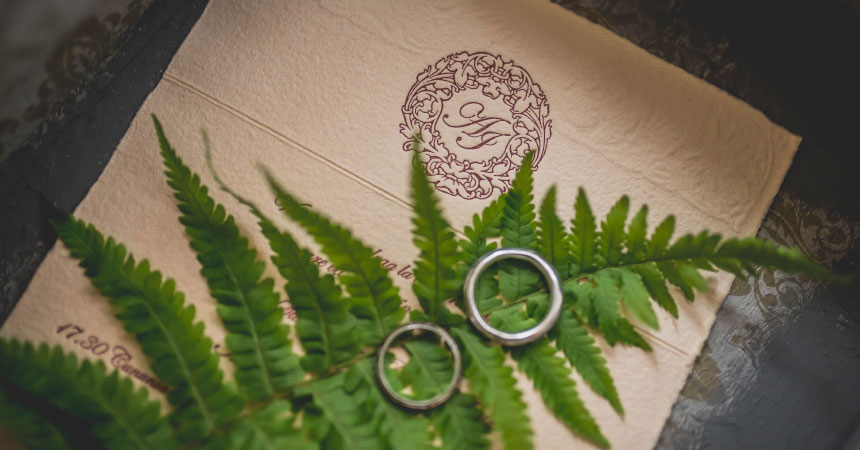 Before you head to the post office, you’ll want to be sure to properly address the inner envelopes and outer envelopes. When you start addressing wedding invitations, you might start wondering which person should be listed first on the invitation? What if the invitation is to a whole family, including children? To help, we’ve put together an easy wedding envelope-addressing guide, complete with what to write in 13 unique situations.

To a Married Couple with the Same Last Name

What to do: You have a few options:

Use “Mr.” and “Mrs.” and spell out the husband’s first and last name. If you decide to include the husband’s middle name, it should be spelled out, not abbreviated as an initial.

Inner envelope: “Mr. and Mrs. Warren or “Thomas and Michelle”

Many modern women may have a strong aversion to having their name left out and lumped in with their husband. If you are a couple that is sensitive to this:

To a Married Couple with Different Last Names

What to do: Write their names on the same line with the woman’s name first; if the combined names are too long to fit on one line, list them separately.

To a Married Couple with One Hyphenated Last Name

What to do: In the case of a spouse who has chosen to hyphenate their last name, then they should be addressed using Ms. (Mrs. is also acceptable) + her first name + maiden name + married name. (Same goes if a man has decided to hyphenate—substitute Mr.)

To an Unmarried Coupled

What to do: Invitations to a couple who are unmarried but live at the same address are addressed to both people on one line. List the person whom you are closest to first.

To a Same-Sex Couple

What to do: In this case, it is totally acceptable to put either guest first. You can list the person you are closest to first, or simply address them in alphabetical order.

To a Single Female

What to do: Use “Ms.” if she is over age 18. If she is younger, than “Miss” is the acceptable choice; it should be spelled out, not abbreviated as an initial.

To a Single Male

To a Married Couple, One of Whom is a Doctor

What to do: List her first with her title; if the combined names are too long to fit on one line, list them separately. Spell out “doctor” on the outer envelope, and abbreviate on the inner.

To a Married Couple, Both of Whom are Doctors

What to do: In the case of married doctors and the wife has taken her husband’s last name, it is proper to use: “The Doctors.”

Inner envelope: “The Doctors Smith” or “Matthew and Angela”

What to do: In the case of married doctors and one has chosen to hyphenate. If both titles don’t fit on one line, indent the second line.

To a Couple with Distinguished Titles Other than Doctors

What to do: Apply the same rules for military personnel, judges, reverends, etc., that you use for doctors. If both titles don’t fit on one line, indent the second line. And remember that whichever half of the couple “outranks” the other (say, a doctor, member of the military, or some other profession that includes a title) goes first, regardless of gender.

What to do: Ask a family member who is closest to her whether she would prefer to be addressed by her married name (Mrs. Susan Brown) or by her husband’s name (Mrs. John Brown).

Outer envelope: “Mrs. Susan Brown” or “Mrs. John Brown” depending upon her preference.

To a Divorced Female

What to do: In this case, you can use Mrs. or Ms. coupled with ex-husband’s last name (if she still uses it) or her maiden name.

To a Family, Including the Children

What to do: When inviting an entire family, the family name or the parents’ names should be listed alone, and everyone can be included on the inside. When including female children under the age of 18, address them with a Miss.

You might be wondering, “What if my wedding isn’t going to be that formal? Do I still have to make the wedding invitations formal?” Well, when it comes to addressing wedding invitations for a more casual event, we understand the temptation to just use first names, or first and last names without titles. While this isn’t traditional, if the vibe is really backyard barbecue or a picnic in the park, you may be able to get away with it. But this is definitely the right time to use more formal wording for older or more conservative guests—they may not notice that you were being particularly respectful, but they definitely will if they feel that you were too informal! 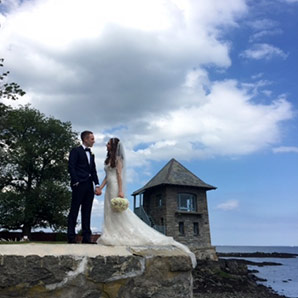